Children of color and children with disabilities are being suspended and expelled from early childhood education programs — childcare and preschool – in record numbers.  Many experts believe that this is the beginning of the “School-to-Prison Pipeline,” describing national trends of excluding Black kids and kids with disabilities from school, in middle school this often shifts to referring them into the juvenile justice system.   This process of exclusion begins even before kindergarten.

Many families have experienced exclusion, but not known what to do about it.
Learn more in this upcoming webinar on March 10, which is part of the RACE + DISABILITY series. 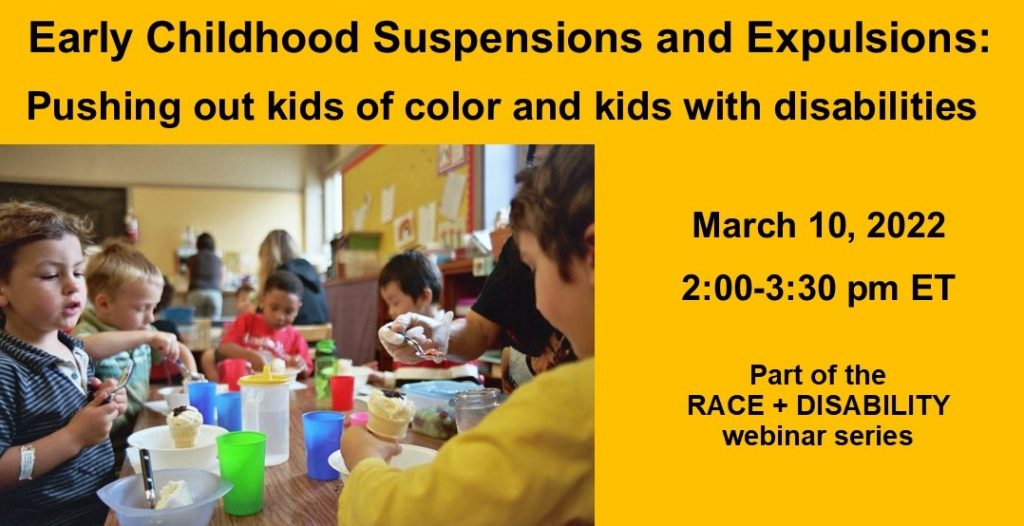