“Let the shameful wall of exclusion finally come tumbling down.” 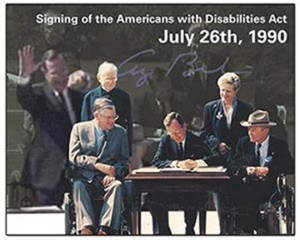 President George Bush, proclaimed these words when the Americans with Disabilities Act was signed in to law on July 26, 1990. This landmark law has transformed the lives of people with disabilities, their families, and the community.

The Americans with Disabilities Act (ADA) is a comprehensive federal civil rights law that prohibits discrimination in all aspects of life on the basis of disability and protects the rights of everyone—on the street, in public places, and at work. Pittsburgh and Allegheny County will celebrate this historic civil rights legislation through a series of community wide events and public awareness opportunities that highlight local accomplishments and champions and next steps for our community. 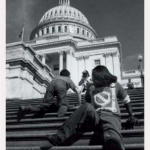 If people with disabilities were a formally recognized minority group, at more than 20% of the population, they would be the largest minority group in the United States. As we celebrate the 30th Anniversary, now is the time to recommit to full implementation of the ADA and full inclusion of people with disabilities in all aspects of community life. FISA Foundation has been pleased to convene and chair the Pittsburgh/Allegheny County ADA 30 Planning Committee, which also includes representatives from the city of Pittsburgh, Allegheny County, disability organizations, university departments, and other groups. The ADA 30 planning committee will utilize events, media, and other public activities to raise awareness about the ADA so people with disabilities can enjoy full inclusion in the civic, social, and economic life of the community.