Philanthropy should do better at including people with disabilities 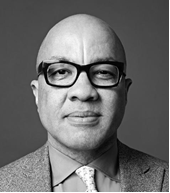 Darren Walker, President of Ford Foundation and outspoken proponent of the inclusion of people with disabilities came to Pittsburgh in November as a guest of FISA Foundation and The Heinz Endowments. Walker became widely known by his blog, Ignorance is the enemy within: On the power of our privilege, and the privilege of our power, in which he discussed his experience of announcing a global equity agenda, and being called out for not including disability. Since that time, he’s transformed Ford Foundation’s approach. As a result, Walker brought in disability experts, including Judy Heumann, as advisors, Ford’s headquarters were redesigned to be welcoming and accessible, all staff were trained on disability inclusion, he started a Disability Philanthropy Forum, and Ford is working to better include disability into current grantmaking strategies.

You’ll soon be able to view a video of Darren Walker’s conversation with Grant Oliphant, President of The Heinz Endowments, about how Ford Foundation’s journey to be more inclusive of people with disabilities, and his advice to other foundations about how to get started.