Introducing “Men and #MeToo;” results of a public poll

Results of a new poll, funded by FISA Foundation, indicate that most men think it’s important to believe women who speak publicly about harassment or abuse.  Yet, these same men are divided in how they feel about the #MeToo movement. 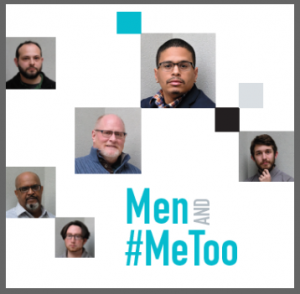 Read the report — Men and #MeToo: What do men in southwest PA think about sexual harassment, sexual assault and domestic violence a year into the #MeToo movement?

Southwest PA Says No More wanted to better understand what men in our region think about gender-based violence.  The resulting poll, reflecting the opinions of over 600 men in SWPA, found that 81% say it’s important to believe women who speak publicly about their experience with harassment and abuse. Yet, these same men are divided in how they feel about the #MeToo movement. Many (42%) are supportive, but 51% are concerned that #MeToo has or will go too far.

“We’ve come a long way with these issues, but we have a long way to go,” says Kristy Trautmann, executive director of FISA Foundation. “We hope this report and its recommendations fuel further conversation and action.”

If the 90% of men who believe they have an important role to play in prevention, each take a small step to put their commitment into action, a great deal of sexual harassment, sexual assault and domestic violence could be prevented.

To see the full report, go to http://southwestpasaysnomore.org/men-and-metoo/.

For resources and ways to get involved, check out http://southwestpasaysnomore.org.