A Century of Helping 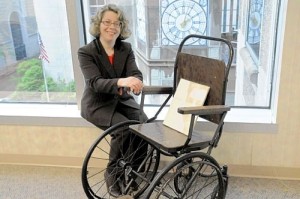 It’s not an issue most businesses address regularly, but domestic or partner violence can take a quiet, yet dramatic toll on the workplace.

Employees who are victims battle stress, preoccupation and absenteeism that prevents them from doing their jobs and in turn costs their employers money and productivity. Colleagues aren’t sure how to offer support and may fear the perpetrator could show up and disturb the work environment.

The FISA Foundation believes that the issue is so critical that it helped to spearhead a Pittsburgh-based initiative, “Standing Firm: The Business Case to End Partner Violence,” and is providing $100,000 to help fund the program as one of its signature grants to mark the foundation’s 100th anniversary.

The foundation’s mission is to improve quality of life issues for women, girls and people with disabilities, so the $100,000 award to the University of Pittsburgh — which sponsors Standing Firm — is a natural way to mark its centennial, said Kristy Trautmann, FISA’s executive director.

Its other signature grant is $50,000 to be distributed over two years to the Girls Coalition of Southwestern Pennsylvania.

Assisting women in need was the original reason that a group of graduates from exclusive girls schools in 1911 launched what later became the FISA Foundation….